Marvel’s “Thor: Love and Thunder‎” has released its first trailer, and it’s an unmissable annual blockbuster for fans.

However, within Marvel, the project was rejected by high-level executives led by Kevin Feige, and even thought that the person who proposed the idea was crazy.

Related Post: “Thor: Love and Thunder‎” reveals new stills, the goddess of Thor and Thor stand side by side.

The screenwriter of “Thor” mentioned in an interview today that he is pleased with the opening of Marvel now, because he also proposed the same idea 10 years ago, but it was ruthlessly rejected by Marvel executives.

Screenwriter Zack Stentz said: “Back in the first phase of Marvel, I proposed to let Thor’s two goats and chariots join the battle, and Feige and the company’s executives looked at me like crazy, but now they really show up. “

Related Post: The look of Gorr the God Butcher in “Thor: Love and Thunder” seems a bit different from the comics?

“I suggested at the time that we should restore the interesting relationship between Thor and goats in Norse mythology, when he was hungry on the road, he would kill the goats and eat them, and then the next day they would magically be resurrected and look like something Nothing happened, continue to pull Thor’s chariot.”

Based on the interview with the screenwriter, I personally want to say to the screenwriter: Is it possible that the reason why your idea was rejected has nothing to do with the goat, maybe there is some problem with the way?

In addition, “Thor: Love and Thunder‎” follows the Thor poster, and today released a new poster of “Mighty Thor” played by Natalie Portman, with the text “The one is not the only”.

Related Post: “Thor: Love and Thunder‎” released a preview, Thor returns to the macho figure, the villain’s purpose is exposed. 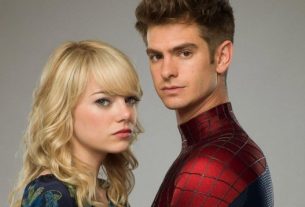 Bryan Fuller on Hannibal and Will’s romance, regrets not filming their kiss scene