In the past few days, Marvel’s latest movie “Black Widow” has been released, which has caused a wave of superheroes.

It’s been 2 years since the last Marvel movie “Spider-Man: Far From Home”.

Related Post: The ending analysis of “Black Widow”: How to connect to the MCU.

However, after the film was released, the domestic evaluation was not high, Douban only scored 6.6 points, and there is a continuing downward trend.

So the question is, why is the evaluation of this “Black Widow” so satisfactory?

Some fans may say, are you nonsense? The evaluation is average, so of course the quality of the movie itself is average.

If it is placed on other movies, it is true.

But for the latest work in a movie universe, there are other more factors influencing it.

As far as the movie “Black Widow” is concerned, it is mainly the release time.

In fact, if this movie is not placed after “Avengers 4”, but based on the timeline of the story, it will be released between “Captain America 3” and “Avengers 3”, the effect will definitely be much better. .

why? This needs to talk about the issue of expected value.

As we all know, after the Marvel Universe arrived in “Avengers 3~4”, the pattern has become bigger and bigger.

The heroes who appeared during this period, including Captain Marvel, also had the ability to run around in the universe.

Even Ant-Man has become a hero of the “big picture” because it involves elements such as the quantum universe.

After eliminating the alien Thanos, it will obviously greatly increase the audience’s expectations.

In other words, ordinary human heroes can no longer satisfy the audience.

Black Widow doesn’t have any superpowers. If her movie is to be made, she can only make it into an agent movie, and she has no other choice.

After “Avengers 4”, many viewers prefer to watch special effects scenes of some big scenes, but these are obviously difficult for “Black Widow” to do.

After all, some agents are fighting, not to mention that they are not like heroes such as Thor and Hulk.

As far as the nature of the profession of agent is concerned, the operation also needs to be kept secret, that is, not making too much noise.

In this way, the so-called big scene is impossible, and in fact there is indeed no.

This is the so-called gap in expectations.

Some people may say that “Black Widow” was originally a spy film. Who made those people watch it with the intention of watching the big scene?

Having said that, but the Marvel universe has developed to the present, no matter which movie, it is difficult to say that it is completely free from the influence of other films.

This is also the pros and cons of the movie universe. While enjoying the IP fame, the audience’s expectations and tastes are bound to be affected by other movies in the universe.

Strictly speaking, we can’t really blame everyone for this.

Therefore, if “Black Widow” were not released after “Avengers 4”, the audience would not have such big expectations.

If expectations are lowered, it seems that there will be surprises instead.

In fact, in addition to the big scene, the audience is also looking forward to the point that the Marvel universe after “Avengers 4”, how will the world continue to develop?

But because Scarlett closed the curtain in “Avengers 4”, this “Black Widow” can only be a prequel movie.

“Black Widow” belongs to the memory category, not the future category.

The audience doesn’t see much about the development of the Marvel universe story or new elements in this movie.

It has been 2 years since “Spider-Man: Far From Home”.

Although Marvel launched a lot of TV series during this period, the influence of TV series is definitely not comparable to that of movies.

Many people are waiting to see what will happen to the Marvel world after “Avengers 4”.

However, the story timeline of “Black Widow” is after the Civil War and before Infinity War.

But then again, in fact, “Black Widow” can be said to be an off-plan project.

It is a movie released under the category of “Reaping of Feelings” + “Political Correctness”, so it is forgivable that it did not take these into consideration.

Why do we say that?

As early as when the character of Black Widow appeared in the Marvel Universe, its popularity was very high.

At that time, there were already many people who hoped to develop the “Black Widow” project, but Marvel has never had this plan.

President Kevin Fitch directly stated at that time that the next focus was on “The Avengers” and the movie of Black Widow was not considered for the time being.

Because at that time, the risk of developing female superhero movies was very high, and Marvel did not dare to take risks.

Even, I would rather give Black Widow more emotional drama in “Avengers2” than give her personal projects the green light.

However, later because of the political correctness of feminism and the success of DC’s “Wonder Woman”, this prompted Marvel to start thinking about filming “Black Widow.”

But the problem came again. In the third stage at that time, the entire process had been arranged. Which movie came first, and which movie followed closely, were all arranged.

Finally, after the release of “Avengers 4”, the Marvel Universe happened to be in a transition period.

At this time, the release of “Black Widow”, in addition to being politically correct, can also play a role in feelings, which can be said to kill two birds with one stone.

But it is always a movie inserted halfway through, which is somewhat reluctant.

It can only be said that as a capital businessman, Marvel still likes to make politically correct money. 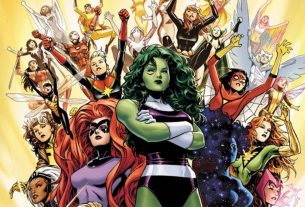 Who are the 5 female heroes of Marvel? Who do you like best? 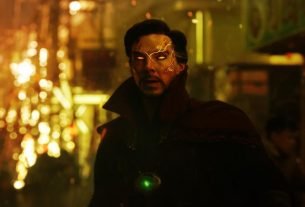