According to the media, Nicolas Cage, who is 58 years old this year, and his wife Riko Shibata, 27, had their daughter born on September 7, local time, and the agent said the mother and daughter are safe.

This is Nicolas Cage’s third child and Cage’s first daughter, whom they named August Francesca CoppolaCage. his two sons are Weston, 31, and Kal-El Coppola Cage, 16.

Around 1990, Nicolas Cage was in a relationship with model Christina Fulton and had a son, Weston Coppola Cage.

It is reported that his wife, Riko Shibata, is an artist under the Japanese small office PicaroEnterprise. their relationship was revealed in early 2020, and they got married in February 2021, and Nicolas Cage confirmed his wife’s pregnancy on April 21, 2022. “All of Us Are Dead” IMDb is only 7.7 points, it’s a pity that this Netflix zombie drama was broadcast at the beginning of the year 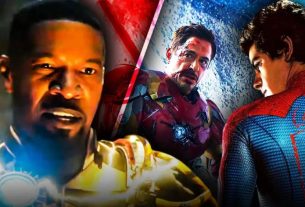