Almost unbelievable, “Terminator 2” has been released for 30 years.

The film has been the North American box office champion for several weeks in the summer of 1991, and has since left a deep impression on popular culture.

This magnificent sequel surpassed the first in 1984 in almost every aspect.

To this day, many people still believe that this is not only a better sequel than the first, but also one of the greatest sequels of all time.

Since the release of “Terminator 2”, the “Terminator” series has continuously launched sequels, TV series, comics, games, theme park attractions, etc., but the series has never reached the height of the second one.

In fact, there are only a handful of main actors in “Terminator 2”, but they are all unforgettable, although almost each of them has made good development in their respective fields since then.

Among them are TV actors, film actors, and a state leader, but the most memorable thing for fans is undoubtedly their role in this classic movie.

To celebrate the 30th anniversary of the release of “Terminator 2: Judgment Day”, let us look back and see what these actors have experienced in the past 30 years after “Terminator 2.”

His role in the movie: Dr. Silberman, Sarah’s least favorite psychiatrist in the mental hospital.

In the years after this: Al Byrne’s film works were relatively limited, mainly including “Nutty Professor II: The Klumps” in 2000 and “Terminator 3” in 2003.

However, he is still very busy in other media, having appeared in a series of well-known dramas ranging from the sitcom “The Fresh Prince of Bel-Air” to “The West Wing”.

He also contributed to “Pinky And The Brain” and “Spider-Man” in the 90s and other animated series, as well as “METAL GEAR SOLID 2: SONS OF LIBERTY”, “Mad World”, “The Secret of Monkey Island” and “World of Voices for games such as Warcraft.

Now the actor retired from the screen in 2003, but he still makes voices for some cartoons from time to time. It may only be a matter of time before we hear his voice again.

His role in the movie: Miles Dyson, an employee of Cyberdyne, whose research eventually led to the creation of Skynet.

Since then: Joe Morton has continued to appear on the big screen, such as “Speed” and its sequels, “The Blues Brothers”, the 2001 biopic “Muhammad Ali”, the thriller “Paycheck” starring Ben Affleck and “American Gangster” by Ridley Scott.

In addition, he has also starred in American dramas such as “The X-Files”, “Law & Order”, “Smallville”, “House MD”, “Boston Legal” and “Good Wife”, and played in “Eureka” on Syfy TV. Henry Deacon for five seasons.

2021: In recent years, in addition to appearing in the American dramas “God Friended Me” and “The Politician”, Joe Morton can often be seen on the big screens in China.

Although basically just a small supporting role, they are all impressive.

His role in the movie: the extremely dangerous, arbitrary deformation T-1000, was sent back to the past by Skynet to destroy the young John Connor.

Development since then: Robert Patrick has since continued to play this iconic role in “Wayne’s World” and “Last Action Hero” and in the popular film “T2 3-D: Battle Across Time” at Universal Studios.

At the same time, he also made a lot of efforts to get rid of the shackles of the T-1000 image. Including starred in “The Faculty”, “Flags of Our Fathers”, “Bridge to Terabithia” and other movies.

2021: In addition to playing a role in the action film “The Disciple” with Li Meiqi, Michael Keaton, and Samuel Jackson.

He will also play the father of the Peacemaker in the “The Suicide Squad” spin-off TV series “Peacemaker”, which will be broadcast on HBO Max in January 2022.

His role in the movie: teenage John Connor, destined to be the leader against Skynet boys.

Years after that: Edward Furlong, along with several other leading actors, continued to play his own role in Universal Studios’ “T2 3-D: Battle Across Time”, and appeared in “The Kiss Movie” and “American History X”, etc. the film.

His film and TV roles are limited to “The Crow: Wicked Prayer” and various low-cost horror films, as well as several appearances in “CSI: New York”.

As of 2021: Edward Furlong once again caught everyone’s attention is returning in 2019’s “Terminator: Dark Fate”.

But only the juvenile image in “Terminator 2” appears.

So far, it has been difficult to see him on the big screen or on the small screen.

Her role in the movie: Sarah Connor, John’s iron-blooded mother, the assassination target of Skynet in the first movie.

The years since then: In addition to playing Sarah again in “T2 3-D: Battle Across Time”, and providing dubbing for the 2009 “Terminator Salvation”.

Linda Hamilton has been far away from big-budget movies since “Terminator 2”, except for projects like “Dante’s Peak” in 1997, and mainly moved to the TV field.

For many years, she has appeared in “Frasier”, “Weeds”, “CHUCK” and other TV series, and played the protagonist’s mother in “CHUCK”.

2021: Linda Hamilton has been low-key lately.

After returning to appear in the latest sequel of the series “Terminator: Dark Fate” with Arnold Schwarzenegger, we will not have a chance to see her in TV or movies this year or in the near future.

His role in the movie: Terminator: This time John sent him back to protect himself from the end of Skynet when he was young.

Since then: Arnold Schwarzenegger once again collaborated with director James Cameron on “True Lies” in 1994, and then starred in “Jingle All the Way”, “Batman and Robin”, “The Day After Tomorrow”, and three The movie “The Expendables”.

Then it is known that he became the governor of California between 2003 and 2011.

As of 2021: In addition to dubbing the animated series “Stan Lee’s Superhero Kindergarten”, Arnold Schwarzenegger has many projects to do.

For example, he played the president of the United States in the action comedy “Kung Fury 2” starring Michael Fassbender.

Most importantly, he will return to play a series of classic roles.

Played Conan again in “The Legend of Conan” and even participated in the “Terminator” animated series jointly created by Netflix and Tianwu Pictures. 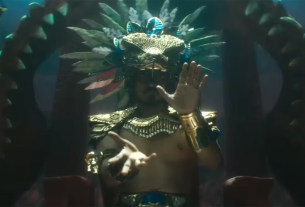 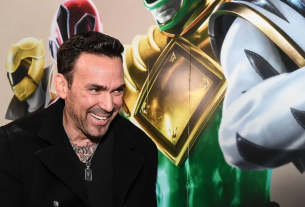