“Shang-Chi” has also become a good medicine for revitalizing movie duration during the epidemic.

However, it is a pity that although “Shang-Chi” has been in theaters around the world for a week, it has not yet been introduced in mainland China, which makes the majority of Chinese fans miserable.

The bad news doesn’t stop there. The latest news from the drama media, “Shang-Chi” may really not be released in mainland China.

Even including “Eternals” and “Avengers 5”, many Marvel movies will no longer be introduced to mainland theaters in the future.

According to reports, the reason for not introducing “Shang-Chi” in mainland China is not the previously rumored issue of “humiliating China”.

Related Post: Because of Simu Liu’s insulting remarks, “Shang-Chi” may not be released in mainland China?

In short, Simu Liu’s speech in 17 years was more sensitive. During this period, he was once again scooped up by netizens for hype, and the movie may not be released in mainland China.

The director of “Eternals” also said the same thing.

In short, the speeches are very sensitive, so that “Shang-Chi” and “Eternals” cannot be released on the mainland.

And based on this foundation, it is likely that many Marvel movies will not be released on the mainland in the future.

You know, Marvel movies have a very complete framework and linkage logic.

If according to today’s standards, “Shang-Chi” is already a confirmed debut character in “Avengers 5.”

The relative “Avengers 5” is likely to be rejected by the mainland cinema.

Calculating like this, a large part of the movies in the future will be missed on the mainland cinema…

Of course, only the media have reported this news.

Although there are some gossips on Weibo that the movie will not be released, there is no exact report yet.

Everything should wait until relevant news is exposed. 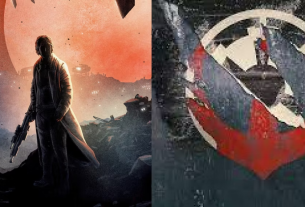 “My Brilliant Friend Season 3” is coming back with an IMDB rating of 8.6!