A few days ago, Disney live-action movie ‘Snow White’ actress Rachel Zegler responded to the casting controversy of the film by the Latina cast as Snow White. Let’s take a look at it.

People joke that our film is ‘politically correct Snow White,'” she said. Yes, it is, because it needs to be, it’s an animated film that came out 85 years ago, and our version is a refreshed story about a young woman’s experience, and the film wants to say more than just ‘one day my prince will come.'”

Snow White’ live-action film adaptation of the 1937 classic animation, Disney’s first animated feature film ‘Snow White and the Seven Dwarfs’, about the queen jealous of the princess’s beauty using tricks to trick her into eating the story of the poisoned apple.

Wonder Woman’ Gal Gadot as the film’s villain, the Evil Queen, is scheduled for release in Northern America on March 22, 2024. 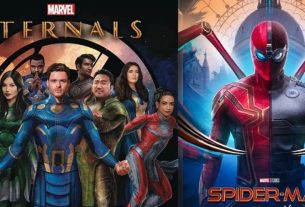 When did the story of “Eternals” take place after “Avengers: Endgame”?