According to the Duffer brothers, creators of the hit series “Stranger Things”, the show’s final season will not feature any characters that viewers don’t recognize. In a new interview with IndieWire, they claim the focus will be on the current cast.

“Whenever we introduce a new character, we want to make sure they’re an integral part of the story,” Ross Duffer said, “but every time we do that, we get nervous because you’re like, ‘We’ve got a lot of great characters and actors, and any time we’re spending time with a new character, the time we’re taking out is coming from one of the other actors.’ So we’re very, very careful about the characters we’re adding. “

Matt Duffer responded to this point. He said they would try to avoid mixing in too many characters from the previous season.

“I just like to keep it fresh, so we do that by changing the plot or adding new monsters. We’re doing our best not to add new characters in season 5. I think we’ll try not to do that so we can focus on the original characters.”

‘Stranger Things’ is about to have an unforgettable farewell. It now has more than 1 billion hours of viewing time and is the second most-watched series in Netflix history after ‘Squid Game’.

Related Post: Jamie Campbell Bower recreates the voice of the monster Vecna in ‘Stranger Things’ on ‘The Tonight Show’.

Related Post: ‘Stranger Things Season 5’ maybe only 8 episodes, will it be divided into upper and lower parts? 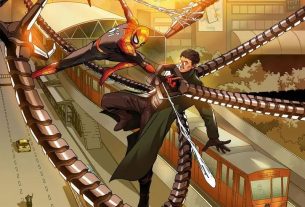 Another set of “Spider-Man: No Way Home” official “leaked” pictures