‘House of the Dragon’ Season 1 will start on August 21, and nine of the show’s 17 dragons will glide, swoop and soar across the screen, each with its own personality.

‘House of the Dragon’, co-produced by George Raymond Richard Martin, is set 300 years before the power trip and is based on Martin’s book on Targaryen history ‘Fire & Blood’.

The show tells the story of House of Targaryen and the ‘Danceof the Dragons’ civil war of the Dragon Family! It is reported that the production cost of this series is up to $ 200 million. 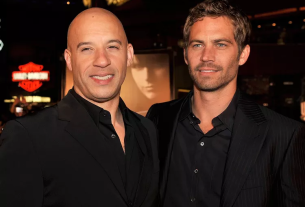 Vin Diesel Pays Tribute to Paul Walker 9 Years After His Death: ‘Love You and Miss You’ HBO Responds to ‘House of the Dragon’ Final Episode Leaked No black people in “Friends”! Creator Marta Kauffman apologizes and donates $4 million for this