According to media sources, ‘Dungeons & Dragons: Honor Among Thieves’ recently released the trailer, Michelle Rodriguez and other stars starring.

Michelle Rodriguez said, “He’s not just a DND fan, Vin Diesel is a DM (dungeon master). Don’t mess up, and honestly you don’t want to mess up …… He downplays everything, he’s always super cool and lighthearted about everything. But I know deep down, he’s like a family member. ‘My sister is in a DND movie,’ and I know he’s proud.”

The film tells the story of the demon was accidentally released, the thief needs to gather different professions, ethnic team members together to fight the demon. 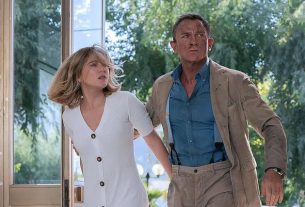 “007: No Time to Die” is outstanding: the action scenes are breathtaking, the ending is perfect, and the heroine is also amazing Emma Corrin at the Oliver Awards