On December 15, Sony Pictures’ “Spider-Man: No Way Home” will be the first to be released in some countries and regions.

This means that it didn’t take long for us to know the plot development of this film.

This is no exception for the movie “Spider-Man: No Way Home”.

Most audiences around the world only know the main storyline of “Spider-Man: No Way Home”, but know very little about the details of the film.

Not long ago, a foreign netizen revealed several important plots of “Spider-Man: No Way Home” on the Internet.

It is said that this netizen often spoils some Hollywood blockbusters online in advance, and the accuracy rate exceeds 90%.

Here are some spoiler information given by this netizen (note: there will be a lot of spoilers below, please read carefully).

The first is the “three generations of Spider-Man in the same frame” rumors that are the most popular among the audience. According to the netizen, the rumors are true.

Tobey Maguire and Andrew Garfield both starred in “Spider-Man: No Way Home”, and they both played Spider-Man.

Marisa Tomei’s May Parker (Peter Parker’s aunt) will sacrifice, and before she sacrifices, she will say the very classic line, that is, “the greater the ability, the greater the responsibility”.

In the previous work “Spider-Man: Far From Home”, May Parker and Iron Man’s assistant Happy seemed to have a relationship.

I don’t know whether Happy will be very sad after May Parker sacrifices.

According to netizens, the villain held Peter Parker’s friend Ned and his girlfriend MJ and asked him to make a choice among them, only to save one person.

But for the plot here, some people speculate that Ned was not dead, but was used by the villain and became an enemy of Spider-Man.

In the original comics, the wife of Spiderman Peter Parker is Mary Jane Watson. This kind of plot setting can be regarded as an explanation for those Marvel fans.

Matt Murdock (Daredevil), played by Charlie Cox, will appear in “Heroes Without Home” and will be very useful.

We all know that Matt Murdock is the superhero Daredevil at night, but he is a lawyer during the day.

In “Spider-Man: No Way Home”, Matt Murdock will plead not guilty for Peter Parker (framed because of Mysterio’s death), and he will be exonerated.

The Venom, played by Tom Hardy, will appear in the end credits of “Spider-Man: No Way Home”.

Previously, the Spider-Man played by Tom Holland “appeared” in “Venom 2”, and now Venom has appeared in “Spider-Man: No Way Home”.

It seems that Venom has become a member of the “Marvel Cinematic Universe”.

The above story about “Spider-Man: No Way Home” was revealed by a foreign netizen, which may be true or false.

Everything can only be confirmed after the film is officially released. 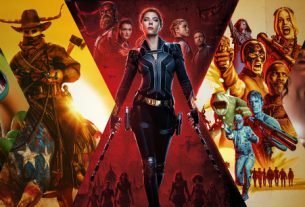 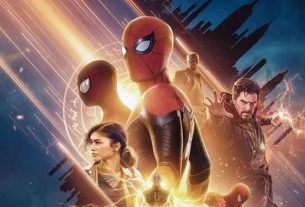 “Spider-Man: No Way Home” has so many characters, how do they coordinate?