“I think what I’m most excited about is the opportunity to create a character-driven story. It’s a different tone. Like ‘Joker’ or ‘Wolverine.’ You need to take a character from a big series, Then take the time to get to know the character in depth. For me, doing that in ‘Star Wars’ was exciting.”

The episode Ewan McGregor will return as the titular Jedi Knight, while Hayden Christensen returns as Darth Vader.

“Obi-Wan will go on a journey and different people will come into his life,” Chow said in the interview, “I’m trying to keep some (so-called) legacy on the show, but there will also be some brand new Characters appear. I think there will be some surprises for everyone.” 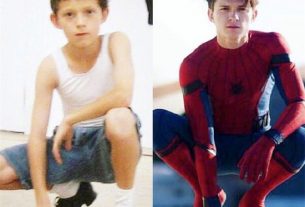 Tom Holland broke the news that in order to adapt to the role of “Spider-Man: No Way Home”, he wears plastic bags for 10 miles a day ‘Batman’ Ben Affleck refuses to return ‘Doctor Strange 2’ as Daredevil, but he might be in ‘The Secret Invasion’