“Fantastic Four”: See how this Marvel movie with a rating of only 9% was made.

The birth of a good movie is indispensable for the efforts of all the production staff.So, if a movie starts to fight infighting, what will happen?The “Fantastic Four” mentioned this time is a typical example.

The director is certainly the soul of it, but the outstanding performance of the actors and the strong support of the producer are also indispensable links.

In 1986, the comic paper media at the time had already sunk, and Marvel’s economic environment was also very bad.

For this reason, Marvel sold the film and television adaptation rights of the hero team (Fantastic Four) to a producer named Isinger for $250,000, and the contract was also a consistent “Marvel Standard.”

It is the box office of movie shooting, Marvel can get a share, but if there is no film and television work for the specified period of time, the copyright will automatically return to Marvel.

In the beginning, companies including Warner Bros., Columbia Pictures and other companies were very interested in F4’s film projects.

However, Isinger was planning to make a big investment commercial film, and finally other companies retreated when they saw such a high budget.

In the 1990s, because no investors were willing to invest money in F4 films, Isinger finally forced to make a small-cost “Fantastic Four” in order to keep the copyright.

In between, the copyright of F4 fell into the hands of Fox Pictures.

The results of the first part were pretty good, but the second part was a lot worse, causing Fox at the time to terminate the series.

However, in 2012, due to the popularity of Disney’s “Avengers”, the Marvel Universe made a lot of money, which stimulated Fox.

At that time, Fox already had the copyright of the X-Men. In order to further expand this worldview, the executives planned to restart the “Fantastic Four” series and set them in the same universe as the X-Men.

But at the beginning of the project, there were many problems in this film.

First, it was soon time for the F4 copyright to expire.

Judging from the fact that Fox hasn’t done anything before, it is estimated that the senior management was only planning to shoot a small-cost movie before it expires to preserve the copyright.

After all, this trick was used by Isinger in the last century.

Second, Fox was planning to make the new F4 movie into a commercial production, so it invested a full US$155 million.

But everyone knows that the higher the cost of the movie, the longer the production time. Fox does not have a “flowing water” shooting method like Disney. 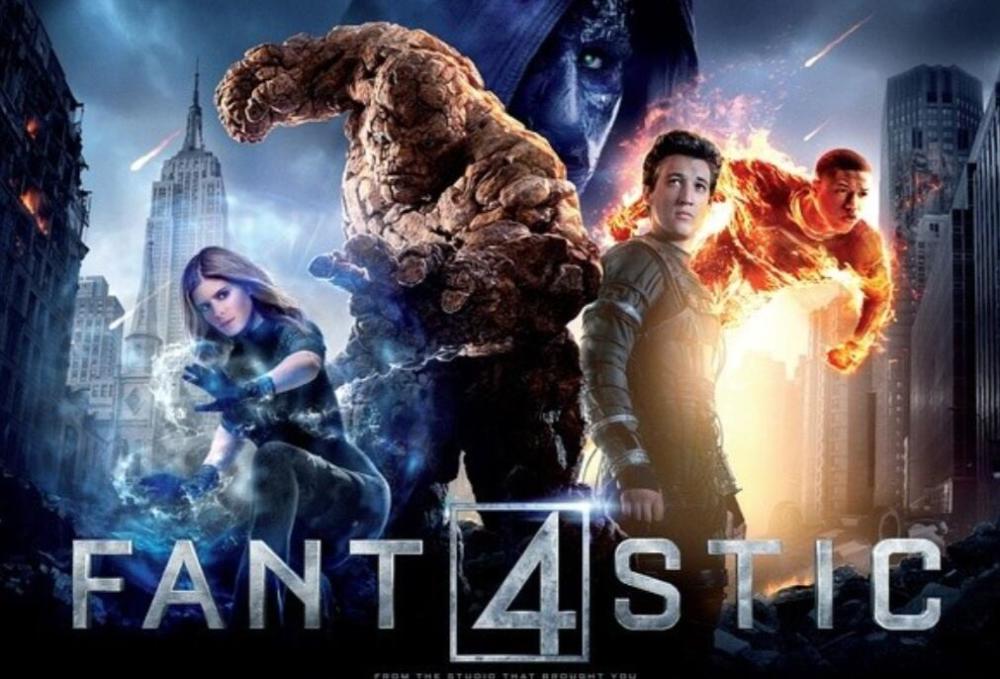 Third, this “Fantastic Four” is for linking with the X-Men.

In other words, the worldview, settings, and other aspects must not be messed up, at least not in conflict with the X-Men series.

In this way, the production staff must understand the relationship between the two hero teams in the original comics, so there is a lot more preparation before shooting.

However, at this time, the most lacking thing is time.

After catching the ducks on the shelves, many famous directors in Hollywood knew that this project was not reliable, and it was difficult for Fox to find those capable directors.

It can be said that this is another foul move by Fox.

Fox chose Trunk for a simple reason. He had a record of a small investment and a big box office before, and because of his small reputation, he was better in control.

However, things were contrary to what Fox thought. Trunk was very “rebellious.”

Although Trunk is only a small director, he still has his own power, such as casting roles.

However, Fox also has its own plans. For the role of Invisible Woman in F4, Fox has designated Kate Mara as the actress.

However, the role of Invisible Woman in Trunk’s mind is not Kate.

So it was interesting. When he was on the set, Trank looked at Kate everywhere, almost all of them were targeted on the bright side.

That’s not a big deal. When Fox later discovered that the movie’s progress and production were not appropriate, he reduced the budget from 155 million to 120 million.

As a result, Trunk began to vent his resentment on everyone in the entire crew.

According to the studio staff, at the time, Trunk would stay away from the crew, set up a black tent far away, and rest and sleep on his own.

At the same time, he is still a gunpowder keg, which will explode at one point. Even if you don’t order it, he will explode himself. He almost blows up the air, always looking for trouble and scolding you for no reason.

As for the four protagonists, they were not spared either. Not only did they have various expressions, they also targeted rejection everywhere.

In the end, it was obvious that Miles, who was selected into the group, couldn’t bear it, and fought him directly on the set. Fortunately, the staff quickly persuaded him to avoid more serious bloodshed.

What good movie can be made with such a scattered crew?

On the other hand, the irresponsible Fox barely paid any attention to these, and Trunk didn’t bother to submit the progress of the film to the Fox executives.

So, when the time came half a year before the release, Fox saw the initial finished product of the film and was immediately confused.

Because the quality of the finished film is really worrying, if it is released, it will definitely lose money.

For this reason, he hurriedly hugged himself and carried out a large-scale remake and remake.

But everyone guessed it.

After this “Fantastic Four” was released, the box office was smashing, with an investment of 120 million US dollars, and the global box office was only 167 million. According to the popular saying that the box office can only get back to the budget three times, how much has this loss?

As for the ratings on Rotten Tomatoes, the ratings are even more horrible, with film critics giving a score of 9%, and ordinary viewers giving it a score of 18%.

This is also the lowest rated one among all Marvel movies.

Whether it’s film critics or audiences, they are basically insulting.

Interestingly, before the movie was released, this Trunk triumphantly stated on social media:

“My movie is definitely better than 99% of superhero movies.”

After the results came out, Trunk hurriedly tossed the pot again, saying that the first version of the movie was perfect because Fox did not understand the movie and interfered with his production.

A little director dare to attack the giants of the industry? As you can imagine, the Fox executives were irritated by Trunk’s move and directly used the relationship to make him lose his work on several projects.

After being beaten up by the society, Trunk almost couldn’t receive any film appointments. Finally, he finally admitted on social media and said that he hoped that “Fantastic Four” would disappear in the world.

What’s interesting is that the several leading actors he targeted in the crew at the beginning were also very happy to come down.

Before the movie was released, Michael ridiculed Trunk’s statement that “this movie is better than 99% of superhero movies”.

In an interview, Kate directly said: “Oh, “Fantastic Four” is the most successful Marvel movie, don’t you think so?”

But to speak of it, it was the director Trunk who asked for it himself. Everyone on the entire crew was offended. From the production side to the actors and staff, they couldn’t stand his bad temper.

Of course, Fox itself is also very problematic. However, it seems that Trunk’s low EQ approach to people is obviously also a reason that cannot be ignored.

Now the copyright of the Fantastic Four has returned to Marvel, and Disney has clearly included the F4 project in its planning.

Let’s see what kind of way the future Fantastic Four will meet everyone on the screen. ‘Euphoria’ group Zendaya and Sydney Sweeney at the 2022 Emmy Awards