Batman is one of the most popular characters among superheroes and has had many different versions on the big screen. The latest Robert Pattinson version of ‘Batman’ tells the story of a young Batman. And according to reports, famous actor Keanu Reeves also wants to play Batman, and he wants to play an older version of Batman.

As for when he’ll play Batman, Keanu Reeves said, “Maybe sometime in the future, maybe when they need an older Batman ……”

Keanu Reeves has already been cast as Batman in the upcoming ‘DC League of Super-Pets’ animated movie, but only as a voice. Although he’s having fun, he still wants to play Batman himself.

I wonder if you want to see Reeves play Batman? 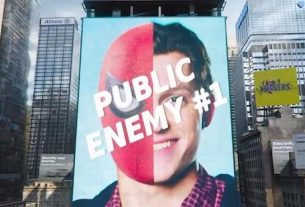 “Spider-Man: No Way Home” 5 Surprise Stingers: The audience may not be able to find it even with a magnifying glass