Actress & Sir Judi Dench recently published an open letter in ‘The Times’, saying she was concerned that Netflix’s series ‘The Crown’ would be “inaccurate and hurt people’s feelings” about the history of the British royal family, arguing that its new season has damaged the image of the British royal family and calling on Netflix is calling on the show to preface each episode with a “fictional” note.

Major talks about the plot point of the first episode of the new season 5 of ‘The Crown’: Prince Charles (now King Charles) summoned Major and complained that he would have to wait to succeed the throne.

In response, Major said it was “a load of malicious nonsense”.

A spokesman for his office told the BBC that such a conversation never took place and that Major had not been contacted by ‘The Crown’ side for factual confirmation.

In response, a spokesperson for the show said, “The Crown has always been presented publicly as “a drama based on historical facts.

According to Dench, Major is not alone in his concerns that the new season of ‘The Crown’ will present history in an inaccurate and emotionally damaging way.

The show is getting closer and closer to the present day, and the show seems to be “blurring the line between historical truth and vulgar claptrap in an uninhibited manner”.

Dench cited some episodes of the new season as examples: Prince Charles conspired to have his mother abdicate and said that Elizabeth had been a bad mother and messed up enough to be sentenced, “which would be cruelly unfair to the individuals involved and would damage the image of the institution they represent.

Dench says he believes that art should be free, but not free from dissent.

It says that although the show’s producers recently stated that the show is a fictional drama series, they refused to put a similar note at the beginning of the episode.

“For the sake of a family and a country that has only recently experienced a devastating loss (the death of the Queen), out of respect for a monarch who has done his duty to his people for 70 years, and to preserve his reputation in the eyes of British subscribers, Netflix should reconsider this (prefacing the episodes with a “fictional ” note).”

The discussion about whether ‘The Crown’ is historically accurate or not has been going on since the show started.

In particular, the episodes are set closer and closer to the present day, and some of the characters and events are being shown with increasing interest, such as the ongoing interpretation of Princess Diana, Prince Charles’ marriage, and the death of Diana, which will be covered in the new season.

When the fourth season aired, British Culture Secretary Oliver Dowden also said the show should begin with the statement “This show is purely fictional”, “I fear that a new generation of viewers who have not personally experienced these events may be confused with fact and fiction”.

But at the time, Netflix responded that viewers should know that ‘The Crown’ is a drama and must have a fictional component, so no fictional statement was purposely added.

Count Spencer, Princess Diana’s brother, has also told the press, “Americans tell me that they watch ‘The Crown’ like a history lesson, but the show is not a history lesson. It has a lot of speculation and a lot of invention, and you could say it’s adapted from history, but it’s not all history.” 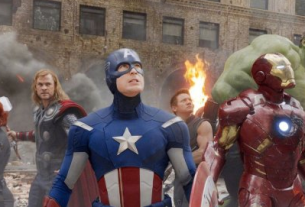