On June 2, Johnny Depp won his defamation lawsuit against Amber Heard. A jury in Virginia upheld all of Depp’s claims and found in his favor, sentencing Heard to pay $15 million in damages.

Of that amount, $10 million is compensatory damages and $5 million is punitive damages, with the judge adjusting the latter to $350,000, the state cap.

In 2018, Amber publicly published an article suggesting she was domestically abused by Depp, who was fired from Disney as a result. 2020, Depp sued Amber for defamation.

Depp was awarded $15 million, more than even the second week of ‘Fantastic Beasts: The Secrets of Dumbledore’ at the Northern America box office.

This original Depp has been in the group and later removed from the film, the splash is not as big as the lawsuit between the two Depp couples.

‘Fantastic Beasts: The Secrets of Dumbledore’ belongs to the global cinema are fluttering to the point of silence, so that fans can not help but worry, ‘Fantastic Beasts’ there is no 4 and 5? before digging the pit, in the end still fill? There is a more important question, will Depp return?

J.K. Rowling loves to dig holes, as anyone who has read the ‘Harry Potter’ series knows. Each novel always digs a new hole, but there is no denying that she is also very good at filling holes, basically every hole dug can have a reasonable explanation.

For example, after Dobby was let go by Harry, he later died to save Harry, which is considered an explanation.

The famous Russian playwright Anton Pavlovich Chekhov said, in the drama, if a gun appears in the first act, then in the third act the gun must go off, Rowling is aware of this truth.

Why are these three magic items on Dumbledore at the same time? What does he want? This is a hole dug by the author that needs to be filled.

Finally, ‘Fantastic Beasts: The Secrets of Dumbledore’ was released, and while fans jumped at the chance to see what secrets Dumbledore had, the movie told an unexpected answer.

Do you think it’s about Albus Dumbledore’s secret? No, we just want to tell you that his brother Aberforth Dumbledore had an illegitimate child.

The first part of ‘Fantastic Beasts and Where to Find Them’ can simply be said to be amazing, and its $840 million worldwide box office is the result of many fans voting with their feet.

Niffler, Erumpent, Demiguise, Occamy …… Each animal is an eye-opener and is convincing as the opening chapter of the entire series. And it is also possible to see why Newt likes these animals and cherishes them.

Although ‘Fantastic Beasts: The Crimes of Grindelwald’ new appearances of magical animals is not much, but Zouwu that a huge tail, gorgeous and splendid, or give a very deep impression.

In the third part, the new biggest attraction is Qi Lin. for the Chinese audience, the magical animal Qi Lin is one of the biggest highlights.

Its use as a creature to elect the president of the International Confederation of Witches is also related to the Chinese culture, where Qi Lin is pinned to the political imagery of a wise and saintly ruler.

It’s just that the director is too focused on showing off the cute deer-like Qi Lin without telling the story behind this properly, leaving the audience confused.

In addition, the second episode of the big hole dug inside, Credence’s CP ran to where, and finally why will become Lord Voldemort’s summons, no explanation at all.

As the third installment of the entire series, the film should have a climax under the pavement of the first two films.

Just like the year ‘Harry Potter’ third ‘Harry Potter and the Prisoner of Azkaban’, become the end of the first two rotten childish world, into a more complex and difficult world of the turning point.

But ‘Fantastic Beasts: The Secrets of Dumbledore’ clearly doesn’t do that and just leaves more question marks.

Will Depp be able to return again?

“Obscurial” Credence finally after two episodes of pavement, to recognize the ancestors, is regarded as a member of the Dumbledore family, and long-haired Credence than the pot head era to be much more handsome, there are viewers said that finally get to Credence’s face value.

However, Credence’s actor Ezra Miller seems to be in trouble lately and may become Warner’s outcast, so ‘Fantastic Beasts: The Secrets of Dumbledore’ in Credence’s phoenix that looks like a raven is about to go up in smoke, may be ” Credence must die” metaphor.

Grindelwald, on the other hand, was quite disappointing after experiencing Depp and his ex-wife suing each other for domestic violence, so that Warner Bros. had to replace them.

Mads Mikkelsen, the actor who plays Grindelwald in the new episode, is a good actor, but he’s not Grindelwald.

Depp as Grindelwald in the second episode of the “gas hood” to incite the crowd, you can feel that he is crazy and strong, people’s strong psychology can be satisfied.

The Grindelwald of Mads, on the other hand, gives more of a sense of detachment, making it hard to believe that he could incite so many wizards to work for him.

Now that Depp has been cleared of any wrongdoing, will he be back in this film? Let the crazy and strong Grindelwald on the big screen again?

After the verdict, Depp celebrated with a post: “I hope this journey of mine to find the truth will help others, men and women alike. Those in situations similar to mine, and those who have supported those who never give up. A new chapter has finally begun, and the truth will never go away.”

However, Depp had previously mentioned that even after proving his innocence, he was not willing to return to Disney again.

But from the performance of the whole trial, Depp needs to do first of all is to lose weight, has gained three rounds of weight he wants to return to Hollywood again to prove himself, maintain the image is a very important issue.

Related Post: Johnny Depp appeared on the street after winning the lawsuit, he was in a good mood, and waved hello to fans. 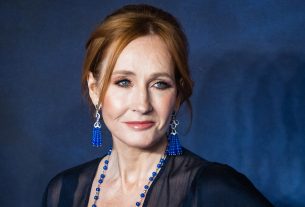