“Doctor Strange in the Multiverse of Madness” will give us a deeper understanding of Marvel’s multiverse. As we all know, many of the movies of Marvel characters are not filmed by Marvel.

However, the multiverse gave the characters in these films a lot of room to come to the Marvel Universe.

“Spider-Man 3” is a very successful example, and the return of Tobey Maguire and Andrew Garfield has made Marvel crazy money.

According to Benedict Cumberbatch, “Doctor Strange in the Multiverse of Madness” is expected to be as successful as “Spider-Man 3”.

In the trailer for “Doctor Strange in the Multiverse of Madness”, we know that Professor X, played by Patrick Stewart, will be in the film.

However, with the release of the latest trailer (ScreenX trailer), we have discovered that the Professional X has the iconic suspension chair from the comics.

This key point has made fans one more question, that is – is he the Professor X we are familiar with?

There is no doubt that the multiverse provides Marvel Studios with a remarkable narrative.

Professor X’s suspended chair may be a useful plot device that ties together Marvel’s various films and TV series, but also suggests that this Professor X may not be the familiar variant of the previous “X-Men” people.

Speaking of suspension chairs, this is the device used by Professor X in manga and anime.

Of course, many people may have overlooked this in the latest trailer, but let’s not forget that there are also many clues in Marvel’s trailer.

So, I always say that every corner of the Marvel Universe is full of fascinating places.

I believe that’s why so many people are willing to talk about things related to Marvel.

In short, this suspension chair, which is often involved in comics and animation, has never appeared in any of Fox’s previous films.

So, it also makes one suspect that Professor X, from “Doctor Strange in the Multiverse of Madness,” is someone we’ve never met even though he’s played by Patrick Stewart.

Anyway, we’re getting closer and closer to the release of “Doctor Strange in the Multiverse of Madness”. This movie does have a lot to look forward to.

Especially since I want to see how the X-Men folks fit into the film, Professor X won’t be the only one to show up.

After all, judging from the movie “Spider-Man 3”, Marvel will try to hide the appearance of key characters in the trailer.

As for the movie, which has gone through a lot of remakes, for better or worse, we’ll see.

Related Post: ‘Doctor Strange in the Multiverse of Madness’ banned in Saudi Arabia because it contains lesbian character Miss America. 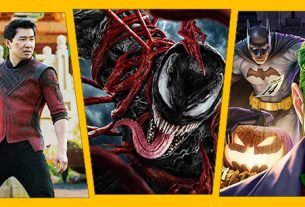 Why is “The Northman” so popular?