Pixar to create the ‘Toy Story’ spin-off film ‘Lightyear’ will be a lesbian couple as the main characters, recently, the film Lightyear’s voice Chris Evans expressed appreciation for the move and said that those who made a negative reaction (criticism homosexual love protagonist) should be ignored.

“The truth is, those people are idiots.” Chris Evans said in an interview.

He added, “Every time we wake up, society progresses, and the story of America, the story of humanity, is a story of constant social awakening and growth, which makes us better.”

“There will always be people who are afraid and unaware and try to hold on to what has gone before. Those people will die like dinosaurs. I think our goal is to ignore them and move forward and embrace growth.”

‘Lightyear’ tells the origin story of Lightyear’s prototype human astronaut, who went from a young test pilot to the space ranger everyone knows.

Taika Waititi and others also voiced, and ‘Finding Dory’ co-director Angus MacLane directed. The film will be released in Northern America on June 17. 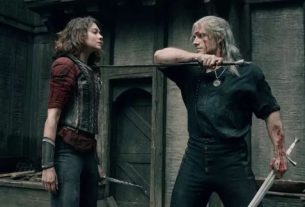