Stephen Edwin King, the master of horror fiction, is full of praise for “Malignant”.

He stated on his personal social account that he had watched the film through HBO.

Following “Saw” in 2004, “Insidious” in 2010 and “The Conjuring” in 2013, James Wan seems to want to redefine American horror films with “Malignant” four times.

But this attempt still lacked surprises for the audience.

But now he is no longer limited to low-cost horror films before.

From the situation, he basically “saved” the most valuable IPs of two different big film companies, Universal and Warner Bros.

The “The Conjuring 2” shot in the middle consolidated a movie universe he had created himself.

It can be said that in recent years, he has jumped from a niche director who specializes in making horror and cult films to a well-known director that all major film companies are eager for.

From the previous “non-mainstream” to the mainstream, what kind of life story does James Wan experience?

Today’s article will let us review the director James Wan’s journey of directorship.

Director James Wan was born in Malaysia and grew up in Australia. He graduated from RMIT in 1998, majoring in media arts.

At RMIT, he took many courses, extensively studied the process of filmmaking, and accumulated a lot of creative experience.

In a class when he was in college, he met Leigh Whannell, another aspiring filmmaker.

At the time James Wan didn’t know that Leigh Whannell would create one of the most successful horror series in film history with him.

These include the “Saw” and “Insidious” series.

And just before they graduated from college, they had written the first draft of “Saw”.

Then, they used a sample film (the sample was jokingly called “Saw0.5”) that they spent very little money to promote to the executives of various film companies, hoping to obtain funds to make “Saw” into a complete feature film .

After receiving a large number of rejections, they met the nobleman.

Those are Gregg Hoffman, Oren Koules and Mark Burg, all three of them are filmmakers.

After watching the script and samples of “Saw”, they were very interested in the story.

In the end they decided to give these two aspiring young filmmakers a chance.

As long as he is willing to accept an extremely low shooting budget of 1 million US dollars and complete all the shooting plans within 18 days, James Wan can realize their film dreams.

Because there was no better choice, James Wan and Whannell could only accept this proposal in the end.

Thus was born “Saw”, which pioneered an era of horror films.

In order not to overrun the budget, almost all of “Saw” is an indoor scene, with few transitions.

Even Whannell, who is one of the screenwriters, also rescued the scene and played the protagonist Adam of the film.

“Saw”, which has experienced many difficulties, was released on Halloween in North America in 2004.

In the end, “Saw” achieved a box office record of more than 100 million U.S. dollars worldwide. It is a classic case in film history.

Since the first film, the series has filmed nine sequels, becoming the world’s highest-grossing horror series.

The most recent “Spiral: From the Book of Saw” has premiered in mid-May 2021.

After the great success of the “Saw” series, James Wan took advantage of the heat and directed two horror films, “Death Sentence” (2007) and “Dead Silence” (2007).

The tone of these two films is very dark, and the rhythm, shots, and soundtrack are very impressive.

But bad scripts failed to help them boost James Wan’s career to the next level.

At that time, James Wan had already gained a group of enthusiastic fans with the “Saw” series.

However, these two films are far less than the former at the box office. The loss of the box office and word-of-mouth made James Wan determined to keep a low profile and polish the script of the next film.

“Insidious” successfully turned James Wan over in Hollywood, ushering in the second spring of his career.

In North America, “Insidious” is considered by many horror film fans to be one of the scariest movies they have ever seen.

With the release and fire of “Insidious”, Hollywood really noticed James Wan’s directorial talent and shooting style, as well as the new magic he brought to horror films.

He uses complex and gorgeous scheduling and slow and horrifying panning of the camera, making the audience always look forward to and frightened, and always feel that something will happen suddenly behind the camera.

Moreover, every one of his shots is shooting everyday things, allowing the audience to see that horror happens in our familiar lives.

This will not only make the audience feel scared at the time, but will also make them feel lingering after watching the movie and returning to their normal lives.

James Wan also believes that the use of sound in movies is very important, especially horror movies.

In an interview with Film School Rejects, he shared his many years of experience in shooting horror films.

He believes that the essence of horror films lies in sound effects, and the visual is the next thing.

“The movie has the ability to visually show and portray terrible, disturbing behavior, but its sound allows the despicable horror to enter the minds of the audience, rather than any terrible effects displayed on the screen.”

For James Wan, 2013 was another significant year.

Two films, “Insidious: Chapter 2” and “the Conjuring” directed by him, were released this year.

There are eight movies in this universe so far, including the very famous horror doll “Annabel”.

Although James Wan only directed the first two The Conjuring, he continued to produce all the movies in this universe.

It can be said that the overall situation of the universe is still in control of the temperature guide.

James Wan save two hot IPs in a row

Although James Wan has become famous with several horror film series, he does not want to stay in his comfort zone all the time. He has been testing commercial films frequently in recent years.

Now, James Wan has proven that he can do well in other movie genres besides horror movies.

In 2013, at CinemaCon in North America, Vin Diesel announced that the seventh installment of the popular “Fast and Furious” series will be directed by James Wan.

The director Justin Lin, who directed the third, fourth, fifth, and sixth parts, announced that he would no longer return to the future Fast and Furious series (although he later returned to direct the 9th part of the series).

James Wan was also blessed by Justin Lin after he became a director.

Justin Lin said in an interview with Deadline: “I am very proud to be a member of the “Fast and Furious” series. This is an experience I will always cherish.”

“It’s time for me to do other things. Universal Pictures chose James Wan to lead this film into a new chapter. I’m very excited.”

Although “Fast and Furious 7” encountered the unexpected death of the actor Paul Walker during the shooting.

But James Wan still withstood the pressure, and in the end the film became the most profitable movie in the rapid-fire series as soon as it was released.

In 2018, James Wan also saved Aquaman, a fringe hero for Warner and DC.

Especially after 2017’s “Justice League” hit the street at the box office of word-of-mouth around the world, no one is looking forward to “DC Expansion Universe” like the Marvel Universe.

Except for Wonder Woman who has strong commercial value among the entire DC hero team, the audience seems to have lost interest in other heroes including Superman and Batman.

Not to mention the less well-known Aquaman among them.

James Wan’s takeover of “Aquaman” can be said to be “in the face of defeat, and in the midst of crisis”.

This project that no one in Hollywood was optimistic about at the time was still spent by James Wan.

First of all, James Wan completely abandoned the original dark realism tone of DC in “Aquaman”, the color of the whole film is bright and dazzling, and the costumes are gorgeous and exaggerated.

In addition, the film also abandoned Nolan’s existential thinking about superheroes that Nolan brought to DC movies, and turned it into a popcorn film.

All kinds of dazzling fights and too many blasting scenes remind the audience, “Don’t think, you are here to be cool.”

This kind of shooting is undoubtedly a rebellion against DC, but this rebellion has achieved considerable results in the box office and word of mouth. The global box office of “Aquaman” surpassed one billion US dollars.

This is also a long-lost box office victory for DC following the “Wonder Woman” sales.

In “Aquaman”, James Wan did not lose his early horror filming skills.

In the film, when Aquaman and Haiwei enter the territory of the Trench family, James Wan uses a trick called “jump scare” that is only used in horror movies. The Trench family’s guard suddenly jumps onto the protagonist’s boat.

This scene made James Wan’s old fans feel like they have been missing for a long time.

Today, James Wan, as a film director who can handle between mainstream commercial films and niche horror films, is bound to become more and more popular among Hollywood companies.

Following this year’s “Malignant”, he will have more commercial projects such as “Aquaman 2” and “Knight Rider” waiting to be filmed and developed in the future.

I hope James Wan’s excellent visual imagination will continue to surprise the audience.

Related Post: James Wan has brought another new work, “Resident Evil: Welcome to Raccoon City” is the most anticipated horror movie of the year! Who can handle her? She-Hulk registered an account on the dating platform “Tinder”! “Jurassic World: Dominion” on the cover of the new issue of “Total Film”​​​ 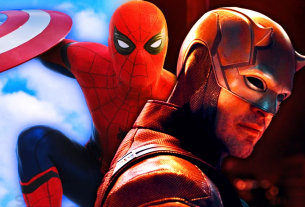