Zendaya‘s portrayal of Rue Bennett in HBO’s Euphoria led to her taking home her second Emmy on Monday, with the former child star winning Outstanding Lead Actress in a Drama.

On stage, Zendaya was thrilled, thanking the actresses who were nominated for the award together, and the ‘Euphoria’ crew led by Sam Levinson for creating a safe environment and creating a special episode.

She concluded: “My greatest hope for ‘Euphoria’ is that it heals others.

I just want to thank everyone who shares their stories with me, anyone who likes Rue and sees themselves in Rue, I want you to know: I appreciate your story so much, and Rue and I will bring your story with me Forward.

In 2020, Zendaya took home the Lead Actress Drama statuette for her performance in Euphoria‘s first season, besting perceived frontrunners Jennifer Aniston and Laura Linney. At the time, she made history as the youngest woman to win that race.

In addition to the acting nod, Zendaya also was nominated as an executive producer of her series, which was up for Outstanding Drama, and two nominations for Outstanding Original Music and Lyrics for Season 2’s “Elliot’s Song” and “I’m Tired.” 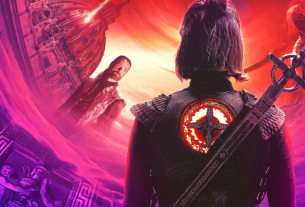