The new film “Women Talking‎” Northern America, which has a luxurious lineup to hit the Oscars, is set for a small release on December 2 and expanded on December 25.

The film is directed & written by Sarah Polley (“Away from Her‎””Take This Waltz‎”) and produced by MGM’s Orion Pictures and Plan B.

“Women Talking‎” is based on the best-selling book of the same name by Miriam Toews, about a remote religious colony where hundreds of women are sexually assaulted for years, and some women learn that they are being drugged and attacked by some men in their own community .

To protect themselves and their daughters from further harm, the women decided to take steps to try and raise enough money.

But they are all illiterate, know nothing about the world outside their community, and don’t even speak the language of their country. They have little time to choose: stay in the only world they know, or dare to flee.

Published in 2018, the novel was named Book of the Year by authoritative publications such as “The New York Times Book Review”, NPR, “Washington Post”, “Slate” magazine, “Publishers Weekly”, etc. 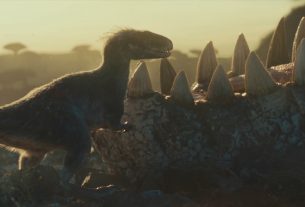 “The Father” exposes and shoots live photos, pre-sale has started