It must be difficult for the general public to understand why Scarlett Johansson is still dissatisfied with Disney saying that it has already paid 20 million dollars in the past.

Why did Scarlett Johansson use legal weapons and filed a lawsuit in the Los Angeles Superior Court.

This is actually like you are a painter, and the original partner agreed to hold an exhibition for you.

As a result, it turned into an online exhibition, resulting in a lot of reduction in your expected income.

But Scarlett Johansson’s salary has reached the level of tens of millions of dollars, and can enjoy box office dividends.

Movies like “Black Widow” have a global box office of over 100 million U.S. dollars.

Related Post: Scarlett Johansson and Disney reached a settlement! The total value of the agreement may exceed US$40 million.

According to the “Wall Street Journal”, a person familiar with the matter disclosed that Disney sent “Black Widow” to the premiere in streaming simultaneous theaters.

This left Scarlett Johansson with no potential gains of $50 million in vain.

It’s not difficult to understand why she has to sue Disney.

No wonder she did not attend the premiere of “Black Widow”.

Scarlett Johansson has become popular all over the world with the Marvel movie series. Isn’t she ungrateful to sue Disney in this way?

Disney does have a huge help to the entire Marvel company, and indirectly assists Scarlett to become a super first-line actor.

But Scarlett’s real Bole may not be Disney.

Marvel’s film production Disney did not interfere too much.

In other words, she gets the opportunity to play the role of Black Widow. It depends entirely on Marvel, and it depends on Kevin Fitch, the magnate of Marvel Pictures.

Kevin Fitch stated at the beginning of the year that he hoped that the audience would see “Black Widow” in the theater. He should also be on the same line as Scarlett.

Although Kevin Fitch has an important position in Disney, he still feels helpless in the face of the power of the entire Disney Group.

In the end, he failed to keep the exclusive release of “Black Widow” in theaters.

Related Post: Scarlett Johansson singled out the world’s strongest legal affairs, what is the chance of winning?

Scarlett is already very famous, but the chance of her really enjoying box office dividends shouldn’t be particularly high.

There are not many Marvel dramas like “Avengers 4” and “Captain America 3” even if she has them.

The big head must be occupied by Robert Downey Jr.

She really plays the leading role in the commercial blockbuster. Before, there were only two films, “Ghost in the Shell” and “Lucy”.

“Ghost in the Shell” lost money at the box office and she certainly didn’t pay dividends, so only “Lucy” enjoyed a considerable dividend.

So the dividend of “Black Widow” is not dispensable to her.

And this is her last Marvel movie, and she won’t have this chance in the future.

However, the next weekend was obviously affected by the release of streaming media, and the box office dropped sharply, dropping to 25 million US dollars.

The bosses of the North American theaters are rushing to the public, expressing condemnation of Disney for sending “Black Widow” to the streaming media, causing their interests to be damaged.

At present, the global box office of “Black Widow” is only over 300 million U.S. dollars.

Due to the influence of piracy and word-of-mouth, even if it is released in the Chinese market, it is estimated that it will be able to get up to 400 million US dollars.

For Marvel movies, this is an extremely bad box office result.

The theater owners can only talk, after all, they don’t have a contract with Disney.

They have no right to interfere with what Disney wants to do with their family’s movies.

Scarlett Johansson, who plays the leading role, is different, but she signed a contract.

Her lawsuit stated that the contract with Marvel guarantees the exclusive theater release of “Black Widow”.

In addition, Disney, as the issuer, deliberately induced Marvel to violate the agreement to prevent Johnson from fulfilling the best interests in the contract.

As for whether Disney “intentionally induces”, it seems to be the key to the outcome of this lawsuit.

Scarlett’s lawyer revealed to Variety Magazine that one of the important reasons for Disney’s streaming of “Black Widow” was to help the company increase its stock price.

But Disney ignored the contracts of the actors responsible for the success of its films and violated their rights.

The downside to Disney is that the North American theater chain is already recovering.

The earlier screens of Universal’s “Fast and Furious 9” and Paramount’s “A Quiet Place 2” are exclusively released by the theaters.

However, Disney still ignores the terms of the exclusive theater distribution in the contract, which is a bit deliberately on the streaming media, and has no suspicion of caring about the interests of other parties.

A spokesperson said that this lawsuit is meaningless and that the lawsuit is especially sad and sad.

It probably means that the money you earn from streaming is the same, isn’t it? Maybe more. It hurts feelings to file a lawsuit at every turn.

Regardless of whether Disney’s claims are true or not, transferring theater-line movies to streaming media will undoubtedly hurt film creators, especially top film creators.

Because “Soul” and “Luca” do not require additional fees, as long as they are members can watch it, which makes Pixar’s internal morale low.

The simultaneous distribution of streaming media has always been regarded as a special response to special circumstances.

But anyone with a discerning eye knows that this will have a huge impact on the future film industry.

Disney and Warner became the pioneers of streaming media distribution, and the two major manufacturers had a lot of problems.

Warner has forcibly streamed movies throughout the year, which has caused a huge public opinion storm.

Including Nolan, Dennis Villeneuve and other cooperating filmmakers publicly criticized it.

Legendary Pictures, the partner of “Godzilla vs. Kong” and “Dune”, directly initiated a lawsuit, and Warner could only reach a settlement through huge compensation.

Obviously, Disney made the same mistake as Warner, that is, it did not reach a new benefit distribution plan with the relevant personnel in advance, and underestimated the protection of the cooperator’s own interests.

“Wonder Woman 1984” is a model of streaming media distribution.

Warner paid the director Patty Jenkins and the heroine Gal Gadot 10 million dollars in compensation in advance, so the two main creators had no objection afterwards.

It’s just that since Warner’s online streaming movies didn’t do this, it caused an uproar.

This is actually a problem that can be solved with money.

But if the issue of streaming media distribution is still only the studio’s final say, similar problems will definitely continue to occur. 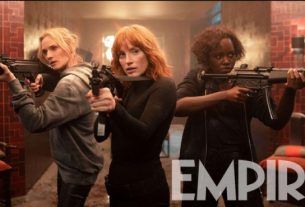 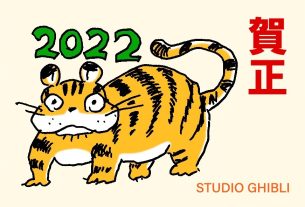