The film’s story is set in 1967 during the Vietnam War. Donohue, a 26-year-old former U.S. Marine, set off from New York to Vietnam to find three childhood friends who were serving in the army and bring them beer.

“Killers of the Flower Moon,” directed by Martin Scorsese and starring Leonardo DiCaprio, which also stars Robert De Niro and Jesse Plemons, is expected to be released by the end of this year.

The story tells the horrific massacre of Indians by whites in American history in the 1920s, which also led to the birth of the FBI agency.

The spy action film “Argylle” directed by Matthew Vaughn released the first stills, starring Henry Cavill and Dua Lipa, and the film will be launched on Apple TV+ in the future.

Stills of the musical “Spirited”, starring Ryan Reynolds, Will Ferrell, Octavia Spencer, Sunita Mani, etc., will be launched on Apple TV+ in the future.

The animated film “Luck”, produced by the original Pixar John A. Lasseter, will be released on August 5.

The story revolves around the world’s most unfortunate girl who, after encountering a world full of good luck and bad luck she’s never seen before, must join forces with magical creatures to uncover a power greater than luck itself.

The comedy “Cha Cha Real Smooth,” starring Dakota Johnson, debuts on June 17 and follows a young man as the host of a bar mitzvah party who develops a friendship with a mother and her autistic daughter.

There will also be an untitled documentary about the first black Oscar winner Sidney Poitier, directed by Reginald Hudlin and produced by Oprah Winfrey.

The Sound of 007, a documentary about James Bond’s 60th anniversary

Some of the Apple originals in the works:

“The Beanie Bubble” starring Elizabeth Banks and others

Florence Pugh is expected to star in a biopic about Hollywood talent agent Sue Mengers. 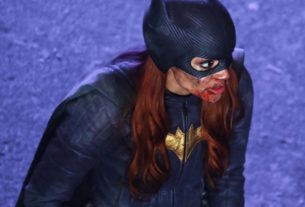 “Batgirl” exposes a new set of photos: Barbara Gordon wearing a battle suit with blood on the corners of her mouth 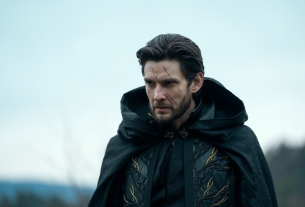