As a classic vampire movie, “The Lost Boys” has always been Warner’s big IP.

A few days ago, Warner Corporation confirmed the main lineup for the remake of “The Lost Boys”.

In the end, Noah Jupe and Jaeden Martell both joined and became the main actors of the film.

As for the people behind the scenes, Randy McKinnon will write the script, and Jonathan Entwistle will pick up the guide tube.

In the film, Lucy, a single mom due to family financial crisis, had to take her two sons, Michael and Sam, to live in a remote coastal town in Santa Cala, California.

Santakala was smothered by the Youth Speeding Party, and there are still legends of vampires circulating there.

The two brothers quickly met Edgar and Alan, who called themselves vampire hunters. Of course, Michael and Sam sneered at this rumor.

Soon, Michael fell in love with Star, the girlfriend of the speeding party leader David.

Sam soon discovered that his brother behaved more and more like the legendary vampire.

In recent years, vampire movies have not been popular on the big screen.

However, time has passed and Warner decided to remake “The Lost Boys” in 2021, perhaps with its own considerations.

The original version of “The Lost Boys” was filmed by Joel Schumache and won the Saturn Award for the Most Horrible Film.

Subsequently, Warner filmed two extremely bad sequels that were directly released on DVD in 2008 and 2010, dragging the entire series into a dead end.

Currently, the remake of “The Lost Boys” has no specific shooting and screening arrangements. ‘The Northman’ releases new movie trailer, the scenes of the film are brutal like Viking legends 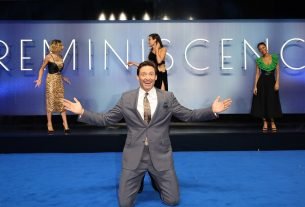 “Reminiscence” premiere in London, Hugh Jackman kneeling in a suit “The Last of Us” released new set photos: Joel, Ellie and black brothers in the same frame