Uma Thurman joins the same-sex youth romantic comedy “Red, White & Royal Blue” based on the hit novel of the same name, playing the role of US President Ellen Claremont, who is also the mother of the hero.

The novel tells the story of the Mexican-American teenager Alex Claremont-Diaz whose mother was elected president of the United States. He is also considered to be an American “young aristocrat”. Handsome, charming and intelligent, he has the White House’s favorite “Millennial Generation Gold Spokesman”. Marketing image.

But there’s a problem: Alex has a long-standing feud with someone on the other side of the ocean, who is also a nobleman.

Since then, tabloids have obtained photos of Alex arguing with the Queen’s grandson, Prince Henry, the second in line to the royal family, and the relationship between the United States and the United Kingdom has deteriorated.

The leaders of the two countries, their parents, and others have come up with a plan for crisis management: a “ceasefire” for the two.

This matter was designed at the beginning to show “We have a good relationship” on ins, but the development of things caught both Alex and Henry by surprise: Soon, Alex found himself plunged into a relationship with Henry. Surprisingly, he’s not in a secret relationship.

But it could affect his mother’s re-election campaign, upend state relations, and beg the question: In the end, can love save the world? 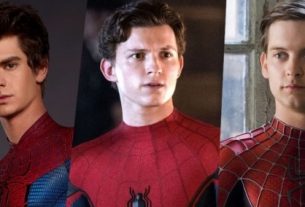