According to foreign media reports, Kate Winslet told the media recently that she recently met with “Titanic” partner and friend Leonardo DiCaprio.

Because of the epidemic, the two have not seen each other for 3 years and miss each other very much.

She said: “When we met again in Los Angeles, I kept crying. We finally had the opportunity to have dinner, have a cup of coffee, and chat. I have known him for half a lifetime! Because of the epidemic, we couldn’t leave our respective countries and talk to Like many friends from different places around the world, we miss each other. He is a friend of mine, a really close friend, who has been together for a lifetime.”

In 2016, she told the media that Leonardo DiCaprio is a reliable and loyal person.

“He is a very good friend and has always been, not only to me, but to everyone around him. In many ways, he has not changed at all, but in other ways, he has definitely changed.” 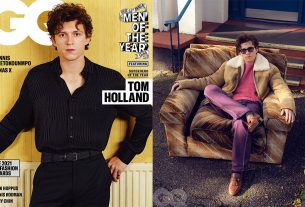