A few days ago, the “The Witcher Season 2” IGN rating has been released, and IGN gave it a 7-point rating.

IGN stated that “The Witcher Season 2” is still an easy and fun adventure film, but it still has some rhythm problems.

“The Witcher Season 2” will be officially launched on December 17, and the third season will enter the production stage in the first quarter of 2022.

“The Witcher Season 2” expands the scope of the story, continues several clues from the end of the first season, and introduces new conflicts and characters.

Related Post: Netflix’s “The Witcher Season 2” released the “Ciri And The Pendulum” video clip, it will be broadcast soon.

The story is more straightforward in the first six episodes, but it is still influenced by some of the rhythm and character creation in the first season, especially when it comes to newer stories.

Henry Cavill’s portrayal of Geralt is still the best element in the play. It is confirmed again in the budding relationship between Geralt and Ciri, which is also the emotional core of this season.

There are still problems with the rhythm and consistency of “The Witcher Season 2”, even at the best of the show.

But the “The Witcher” episode is still a relaxing and entertaining adventure in a fantasy world. 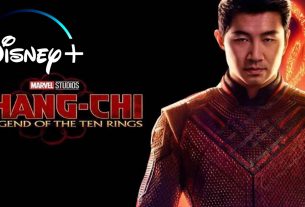 “Shang-Chi and the Legend of the Ten Rings” will be launched on Disney+ on 11.12