Star Wars spin-off series “The Mandalorian Season 3‎” debuted at D23 Expo with its first trailer, continuing to focus on Pedro Pascal’s character “”, many familiar faces are back.

Following the events of the first two seasons as well as The Book of Boba Fett, Din Djarin (Pedro Pascal) finds himself on the outs with the Mandalorians after choosing to reunite with the Child (aka Baby Yoda).

As heard in the trailer, the Armorer (Emily Swallow) tells him, ““You are a Mandalorian no more.”

While taking the stage at the Disney fan event, director Rick Famuyiwa as well as stars Pascal, Swallow, Katee Sackoff, Giancarlo Esposito and Amy Sedaris geeked out about reuniting on stage and getting to share the new footage for the hit series.

Sedaris, who plays the fan-favorite Peli Motto, also revealed that she doesn’t know what she’s saying when she’s on set, joking that “all [she’s] thinking about are the lines.”

Meanwhile, Sackoff who returns as Bo-Katan Kryze after voicing the character on the animated series, says that she never knew how long this journey would last.

“I never dreamed she would come to be this much of a part of my life, and your lives,” she shared, adding that she’s super excited for the new season. “It’s crazy. That’s legitimately all I can say.”

Related Post: “The Mandalorian Season 3” has not yet aired, and the fourth season is already in production. 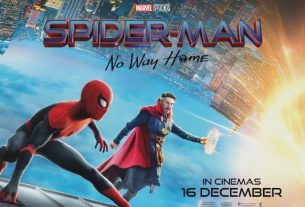