“The Lord of the Rings: The Rings of Power” since the start of the broadcast, aesthetic slippage, aesthetic downgrading and other comments have not stopped. Recently, it revealed a set of HD stills of the male elves in the show, which were wildly trolled by netizens: “I didn’t expect the black-skinned elves to be the smoothest ones instead.”

The drama version is set in the Second Age, which takes place thousands of years before the movie version of “The Hobbit” and “The Lord of the Rings”. Starting in a relatively peaceful era, it tells the story of a group of old and new faces facing the resurgence of evil in Middle-earth. From the darkest depths of the Misty Mountains, to the magnificent forests of Linden, the capital of Faerie, to the breathtaking Númenor, and to the farthest reaches of the map, the legacy of these kingdoms and characters lives on.

Related Post: Elon Reeve Musk roast ‘The Lord of the Rings: The Rings of Power’: Tolkien is turning in his grave! 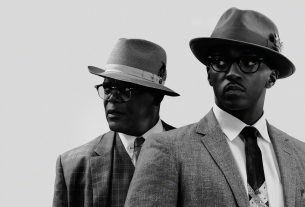