Today, the anime series “The Cuphead Show! Season 2” released the pilot trailer, the style continues Season 1. Check it out.

The impulsive Cuphead and his fallible brother Mugman will encounter a series of troubles. The Cuphead Show! Season 2″ maintains the same 1930s style as the game, but expands on the original game’s worldview and characters. 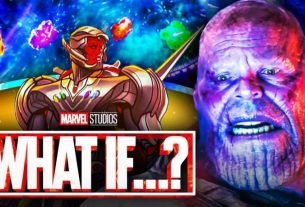 “What If…?” brought back infinite gems, Vision became the strongest villain in history