A biographical film about the creator of “Star Trek” Gene Roddenberry is in production. The script is written by Adam Mazer (screenwriter of “You Dont Know Jack”).

“Star Trek” is one of the most famous science fiction film and television series in the world, consisting of 7 TV series, 1 cartoon, and 13 movies.

The series was first proposed by the screenwriter Gene Roddenberry in the 1960s and appeared on television in 1966.

This is a utopian science fiction drama. The story takes place on the starship Enterprise, which roams the galaxy in the 23rd century.

At that time, no one could have expected that this TV series, which was only broadcast for three seasons, would derive a huge entertainment series, including multiple movies, books, games, theme parks, and IP products.

On the 100th birthday of the late Gene Roddenberry, news revealed that Roddenberry Productions is currently developing a biopic about him.

According to reports, screenwriter Adam Mazer has already written the script, and the crew is looking for actors and directors.

Due to production cost overruns and communication problems with Paramount’s management, Roddenberry’s job was replaced.

But he continued to serve as executive consultant for the next four films. 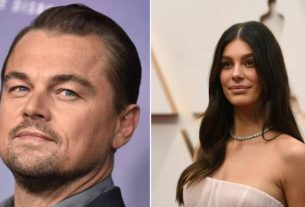