‘The Hollywood Reporter’: A work of genius, another pinnacle of Cate Blanchett’s acting career that will probably be argued by many to be one of the best of her career and makes one wish director Todd Field hadn’t waited another 16 years to come up with his next new film.

‘The Daily Telegraph’: An effortlessly intelligent, stylized film that holds your attention every step of the way like the tip of a baton.

‘The Wrap’: Praise for another uninspired rendition of Cate Blanchett – when is she not on fire? But I can’t help but praise the status quo this time: more over-the-top than Galadriel, more “royal” than Elizabeth, and more desperately unrestrained than Carol. TÁR’ will probably be the actor’s career signature role. …… is more psychological than narrative, putting you in the room with a professional control freak and inside her head, feeling how her life gradually spirals out of control, witnessing everything collapse with an eerie calm.

‘Little White Lies’: The film’s element of showing the so-called “culture of abolition” is clumsy – in the end, “those who want power and abuse it are condemned “is not an outrageous demand.

‘IndieWire’: One of the most daring and exciting new American films I’ve seen in recent years. ‘Killers of the Flower Moon’ to skip awards season this year, plans to premiere at next year’s Cannes Film Festival 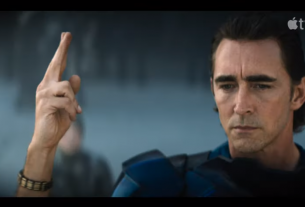