Alejandro González Iñárritu (‘Babel,’ ‘Amores perros,’ ‘The Revenant’) directs the new film ‘BARDO, False Chronicle of a Handful of Truths‎’ released stills, back to Mexico, a story of self and the past.

The film, which recently had its world premiere in the main competition of the Venice International Film Festival, is described as a nostalgic nostalgic comedy that focuses on a grand personal adventure.

The film follows a well-known Mexican journalist & documentary filmmaker (played by Daniel Giménez Cacho) who returns home to deal with his own existential crisis, his identity, family ties, memories and his country’s past, and looks to the past for answers in order to reconcile with who he is today.

‘BARDO, False Chronicle of a Handful of Truths’ will be available on Netflix on December 16th of this year, and in multiple theatres worldwide starting October 27th.

Related Post: ‘BARDO, False Chronicle of a Handful of Truths‎’ has a bad reputation: Rotten Tomatoes fresh rating of 46%, MTC average score of 53. 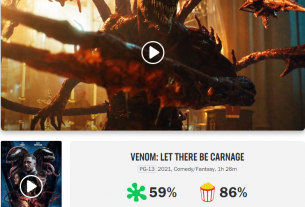 Leonardo’s “Killers of the Flower Moon” was exposed