According to related media reports, in the upcoming 2022 Star Wars Celebration planning, Lucasfilm is working on another animated anthology called “Tales Of The Jedi”.

It is generally believed that the “Star Wars” narrative is mainly presented through movies or TV series, but the animated series “Star Wars: Visions‎” is different from the general “Star Wars” film and television works.

“Star Wars: Visions‎” is a Star Wars short animation series directed by Kenji Kamiyama, Hiroyuki Imaishi, etc. and created by Lucasfilm. It will be broadcast on “Disney+” on September 22, 2021.

The “Star Wars: Visions‎” short film collection incorporates the iconic elements of “Star Wars” such as Jedi, Sith, lightsaber, imperial soldiers, family and friendship into Japanese-style stories, and a large number of lines and pictures also pay tribute to “Star Wars” “There are many classic scenes in the movie.

The 10 short films will be created by several different anime studios in Japan and will introduce a different cultural perspective to Star Wars, with each episode telling a different story.

However, beyond the simple title, the description does not provide any other details about the anthology. And guess it’s likely to be a sequel to “Star Wars: Visions‎”.

Dark Horse Comics allegedly had a “Tales Of The Jedi” series in the ’90s that explored the history of the Star Wars Extended Universe.

So it is speculated that this sequel is to expand some important moments in the history of the universe and bring back some legends from the era of the Old Republic.

The “Star Wars” 2022 Celebration will be held at the Anaheim Convention Center in Anaheim, California from Thursday, May 26 to Sunday, May 29. 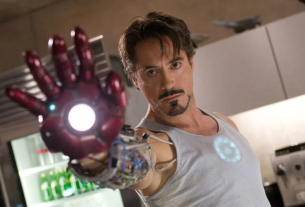