Tom Holland, Zendaya, Benedict Cumberbatch, Jared Leto and others appeared on the red carpet, and the lineup was eye-catching.

The heroine Zendaya still wins the favor of countless flashes with her proud figure. She wears a highly designed spiderweb dress, which is sexy and charming.

The young couple flashed affectionately facing the camera, Tom Holland put his hand on his girlfriend’s waist, and the two whispered eagerly from time to time.

“Spider-Man: No Way Home” is directed by Jon Watts. The plot of the film succeeds the previous work “Spider-Man: Far From Home”.

It tells that Spider-Man’s life was thrown into chaos due to the exposure of his identity, and even met with angry protests from people all over the world.

To change all of this, Spider-Man went to seek help from Doctor Strange.

Unexpectedly, the story of a greater crisis after the opening of the multiverse. 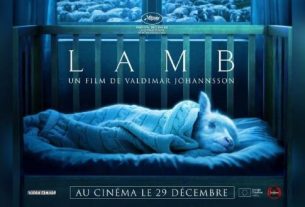 “Lamb” releases a new poster, the film will be released in France on December 29