Sheryl Lee Ralph, 65, has played for 45 years and now wins her first Emmy Awards for Best Supporting Actress in a Comedy Series for ‘Abbott Elementary’.

Ralph is the first Black actress to win in the category since Jackee Harry won gold for 227 in 1987.

“To anyone who has ever, ever had a dream and thought your dream wasn’t, wouldn’t, couldn’t come true, I am here to tell you that this is what believing looks like,” Ralph said in her rousing acceptance speech, “this is what striving looks like, and don’t you ever, ever give up on you, because if you get a Quinta Brunson in your corner, if you get a husband like mine in your corner, if you get children like mine in your corner and if you’ve friends like everybody who voted for me, cheered for me, loved me, thank you, thank you, thank you!”

Backstage following her win, Ralph told reporters, “I’m a little five year old girl that watched TV on Sunday night when Tinkerbell came up and went around the steeple, putting stars around everything, and I remember saying, ‘I’m going to Hollywood! I’m going to be an actress! And I’m gonna drive a Mustang! I’m going there!’ And the fact that I am here, recognized after all this time as being one of the best of the best in my industry with a group of women… I’ve got the golden ticket! Yes, I do! Where’s my chocolate? I’m ready!” 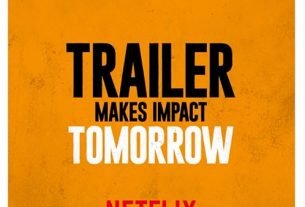 The official trailer of “Don’t Look Up” will be live tomorrow! Michelle Yeoh’s “Everything Everywhere All at Once” Northern America tops $20.5 million