Blake Lively (“Gossip Girl” “The Shallows‎”) is directing his first feature-length feature film, and will make another comic “Seconds” by the same name from “Scott Pilgrim” author Bryan Lee O’Malley.

The film version of “Scott Pilgrim vs. the World‎” director Edgar Wright wrote and produced the script for the new film, produced by Searchlight Pictures.

“Seconds” tells the story of young restaurateur & cook Katie Clay who accidentally acquires a special ability: to fix the mistakes she made in the past.

As long as she writes down the wrong things in a notebook, eats mushrooms, and then goes to sleep, she can do it, that is, she who is currently facing difficulties in her life and career, gets a second chance.

But Clay is too obsessed with the pursuit of perfection and wants to get many second chances to correct every little problem in his life, so that he violates the “rules”, and the things brought about by this ability are more and more out of control.

Not only does it take her further and further away from her original life, it also threatens the very fabric of time and space…

Lively, who has never directed a movie before, is no stranger to the job of directing, having directed last year’s Taylor Swift music video “I Bet You Think About Me.” 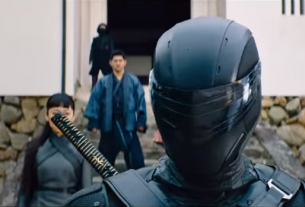 Netflix’s new series “Savage Beauty” released Official Trailer, it will be online on May 12