Recently, according to media reports, the release of the movie “Puss in Boots: The Last Wish” Northern America has been postponed, from September 23 to December 21, which was originally scheduled to enter the Christmas season.

“Puss in Boots: The Last Wish” previously released a trailer featuring the return of Spanish actor Antonio Banderas, as well as new voices from Olivia Colman and Florence Pugh.

In “Puss in Boots: The Last Wish”, this cute cat who travels the world with a sword continues his magical journey.

But unfortunately, the cat’s nine lives have been almost used up, and as a last resort, it can only start its own epic journey again to find new life.

This cute cat in boots first appeared in “Shrek 2‎” in 2004, and it became popular because it was too cute, and then it spawned an independent movie.

The first “Puss in Boots” was released in 2011, with a total global box office of 555 million US dollars, which is enough to see the charm of this cat. The hit drama “Westworld Season 4” released the final trailer, Evan Rachel Wood will be back! 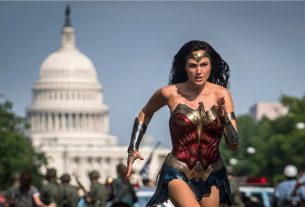 Gal Gadot exposed the new developments of “Wonder Woman 3”, the entire crew focused on the script