The movie “Offbeat Cops”(異動辞令は音楽隊!) starring Hiroshi Abe and written and directed by “The Naked Director” director Eiji Uchida has released a new trailer and poster, and announced that Official HIGE DANdism will sing the theme song “Choral A” , will be released in Japan on August 26.

“Offbeat Cops” tells the story of a police officer (Hiroshi Abe) who has been in the business for more than 30 years and gets into trouble because of his overindulgence in detectives, so he is transferred to the police band.

The film is co-starred by Nana Seino, Hayato Isomura, Mahiro Takasugi, Mitsuko Baisho and others. 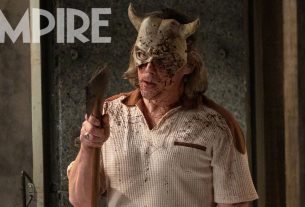