Jim Parsons and Ben Aldridge star in the new film ‘Spoiler Alert: The Hero Dies‎’ , which focuses on a pair of gay lovers facing a terminal illness, released stills.

‘Spoiler Alert: The Hero Dies’ will be released in limited theaters in Northern America on December 2, expanded on the 9th and wide release on the 16th of this year. 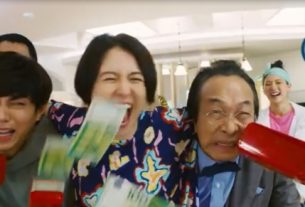 “The Confidence Man JP: Episode of the Hero” starring Masami Nagasawa releases a special preview, it will be released on January 14, 2022 New trailer for “Doctor Strange in the Multiverse of Madness” announced, including a lot of new shots