The Netflix comedy series “Uncoupled‎” starring Neil Patrick Harris (“How I Met Your Mother”) released a trailer, and the man who broke up with his long-term husband is back single and smashes red roses!

“Uncoupled‎” was also announced to be available on July 29, and is co-produced by “Emily in Paris” creator Darren Star and “Modern Family” executive producer Jeffrey Richman.

The episode recounts that Michael, played by NPH, was with her husband after 17 years, but the other suddenly left him.

Overnight, Michael, who once thought he had the perfect life, had to deal with two tough things: losing his supposed soulmate and living in New York City as a single gay man in his 40s. 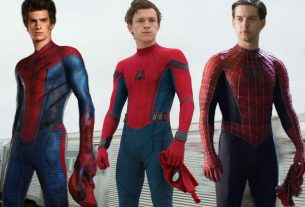 Tom Holland reveals that “Spider-Man: No Way Home” doesn’t have “three generations of Spider-Man in the same shot” Japan will remake Taiwanese movie “My Missing Valentine”, it will be released in 2023