In this film, “Avengers: Endgame” in the “fat version” of Thor after the devil training, and regained the original muscle body. He also transformed into a “space pirate”, and the Silver Guardian team mixed together.

After the adventure, he met Jane Foster, his ex-girlfriend in the guise of “”Mighty Thor””, and vowed to kill all the gods of the villain Gorr the God Butcher. 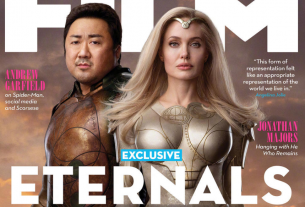