Recently, a draft opinion of the U.S. Supreme Court on abortion rights was leaked, showing that it intends to overturn the famous “Roe v. Wade” decision. That is, if the draft is implemented, states will be able to enact their own abortion laws, and there may be multiple States would ban legal abortion.

The incident caused a huge response, and Margaret Atwood, the novelist of the hit drama “The Handmaid’s Tale”, also published an excerpt (edited) of her new book “Burning Questions” in “The Guardian” last weekend, expressing her concern for the matter. and abortion rights.

Atwood believes that the law banning abortion will make more women choose to have an illegal abortion, which is life-threatening.

Abortion should be a free choice, she said, and a person should be able to decide how their body is used, and forced childbirth is to treat women as slaves. 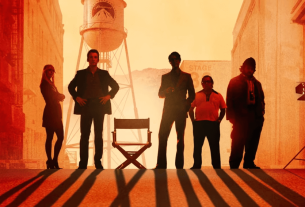 “The Offer” focuses on the behind-the-scenes of the classic film “The Godfather”, it released Date Announcement