Recently, Warner has reorganized its executives, cancelled movies such as ‘Batgirl’ and released a series of new development paths. Some media outlets have discussed the direction of its future movies and TV shows, including J.J. Abram’s ‘Justice League Dark’ and a spin-off series from John Constantine and Madame Xanadu. Let’s take a look.

According to media reports, the producers of ‘Constantine’ say they are looking for locations in preparation for filming to begin in early 2023.

From this reaction, Dìrísù might really become the first black actor to play John Constantine. The number of Netflix movies has plummeted by 40% in 7 years, and the streaming giant is facing a crisis! 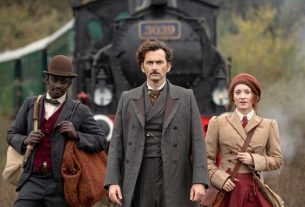 “Around the World in 80 Day” released the official trailer, David Tennant travels around the world