The feature film “The Menu” is currently in the actor selection stage. A few days ago, this Fox Searchlight movie once again exposed the news of new actors joining the crew.

Entering the cast this time is the British actress Janet McTeer, who will co-star in the film with the new-generation female star Anya Taylor-Joy.

Janet McTeer, born in Newcastle, England, England in 1961, graduated from the Royal Academy of Dramatic Art.

In addition to starring in films and TV works, Janet McTeer is also a prestigious stage actor.

Janet McTeer was once nominated for an Oscar for Best Actress in the film “Tumbleweeds” and a Golden Globe figure.

In 2012, she was nominated for the 84th Oscar for Best Supporting Actress with the movie “Albert Nobbs”.

“The Menu” was written by Will Tracy and Seth Reiss.

The story focuses on high-end culinary culture. It is about a young couple visiting a restaurant on a remote island. It is said that the chef of this restaurant will provide a surprise menu.

Adam McKay, Will Ferrell and others acted as productions.

In fact, this is not the first time that “The Menu” has exposed the news that the cast and crew have changed.

Earlier, the director identified by “The Menu” was Alexander Payne. But then it was replaced by Mark Mylod.

And Anya Taylor-Joy, who replaced Emma Stone as the heroine of the film, is the leader of the new generation of actors.

In 2015, she starred in the horror and suspense film “The VVitch: A New-England Folktale” at the 32nd Sundance International Film Festival, and she won the 26th Gotham Independent Film Award-Most Breakthrough Actor Award. And other awards.

And she starred in “The Queen’s Gambit”, which makes her charm more vivid.

Many media believe that it is only a matter of time before Anya Taylor-Joy wins the Oscar.

Currently, “The Menu” has no specific filming and screening arrangements. 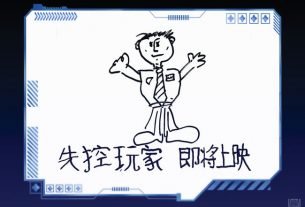