According to “Variety” reports, each actor in this special show will be able to receive at least 2.5 million U.S. dollars in compensation.

When “Friends” brought fans a wave of nostalgia, it also allowed various content platforms to enter the game.

The six leading actors will meet again after 17 years

When the six leading actors of “Friends” entered the studio one after another, the theme song “I’ll Be There For You” sounded, and the fans in front of the screen cried.

“After the final reunion, the six leading actors have only got together once, until today.” The reunion program was subtitled, and this reunion was long-awaited.

“Friends” is an American TV sitcom. The story centers around six old friends living in Manhattan, New York, and describes the ten-year journey they have gone through together.

Then it was produced at a rate of one season a year until the end of the tenth season on May 6, 2004. As six old friends left the apartment for various reasons, it was also a great drama that lasted for ten years. Draw a full stop.

For many Americans, “Friends” represents the youthful memories of a generation, and the ratings for all ten seasons are among the top ten of the year.

It also ranked first among the 100 most popular American dramas selected by the authoritative American media “Hollywood Reporter” in 2015.

“Hollywood Reporter” reported that “Friends: The Reunion” was proposed in 2019.

However, due to the impact of the new crown epidemic, the recording plan of the show had to be suspended and was postponed to this year.

Today, the upcoming “Friends: The Reunion” is a one-hour non-scripted dialogue interpretation.

Although it was not the sequel that the audience expected, it was the reunion of the six leading actors after 17 years, which once again awakened the memories of countless audiences who loved “Friends”.

According to the news released by HBO, this reunion special program also invited David Beckham, Justin Bieber, Lady Gaga and many other special guests to come and make guest appearances.

According to “Variety” reports, this “Friends: The Reunion” will bring no less than 2.5 million US dollars in income for each actor.

During the filming of the tenth season, the six actors jointly negotiated to increase the pay to the level of US$1 million per episode per person. The pay for this special show was more than double the pay for the single episode.

In addition to the remuneration, the copyright of “Friends” is more valuable.

Earlier, “USA TODAY” reported that Warner can earn $1 billion in revenue every year only by selling the broadcasting rights of “Friends”.

The six leading actors in the play can also earn 2% of their annual income, which is 20 million U.S. dollars.

This means that as long as “Friends” is still on the air, even if a few actors do nothing, 20 million dollars will fall from the sky every year.

In 2015, the streaming media platform Netflix obtained the exclusive streaming rights to “Friends” for US$100 million, and then “Friends” became the second most broadcast program on the platform.

Related Post:When we miss “Friends”, what do we miss?

At the end of 2018, Netflix, which was supposed to break up with “Friends”, couldn’t hold back the fans’ enthusiastic love of the show, and extended the broadcasting copyright of “Friends” for another year for a price of 100 million US dollars.

However, in 2019, the two are still fate. Warner Media, which was acquired by AT&T, launched the streaming media platform HBO Max.

In order to enhance its competitiveness, it obtained the exclusive rights to play “Friends” for 5 years at a price of US$425 million, which is US$85 million per year.

Although Netflix also tried to keep this sign in its hands, it lost to Warner in the bid.

Different from domestic online video operators relying on advertising to make money, foreign countries often adopt paid memberships to target the revenue channels more to the C-end. Obtaining the copyright of the audience’s favorite dramas is the key to their revenue growth.

Warner bought the rights to broadcast “Friends” and offered a special reunion program on the first anniversary of the launch of the streaming media platform HBO Max. This is undoubtedly a good move to increase the number of members.

And 17 years after the broadcast of “Friends”, there is still such a huge energy, it can not help but sigh. 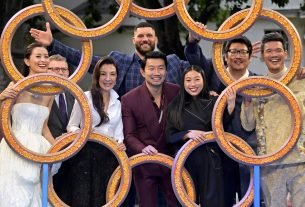 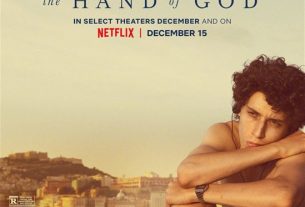 “The Hand of God”: The official trailer for the Italian film directed by Paolo Sorrentino has been exposed 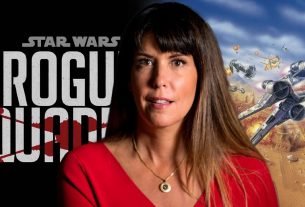