DC animated film ‘DC League of Super-Pets’ will be released in Northern America this weekend, shortly before Dwayne Johnson’s production company “SevenBucks” held a screening, Johnson dressed up as Superman Pet Krypto’s doll costume to surprise the audience, but also gave a family of real puppies.

The ‘DC League of Super-Pets’ is a family-friendly animated film about DC superheroes whose pets suddenly gain superpowers, so they team up together to fight crime. 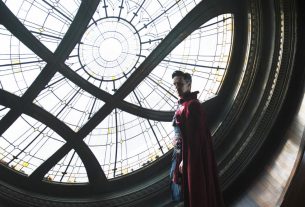 “Fast & Furious” producer Neal H. Moritz says the film is too fanciful and should return to its original aspirations