DC League of Super-Pets is still in over 2,500 theaters in North America, but the film — which was a box office disappointment even though fans and critics seemed to like it — is coming to HBO Max in a week.

The film, which will drop on the streaming platform on September 26, centers on the relationship bet ween Krypto the Super-Dog and Ace the Bat-Hound, while introducing audiences to characters like Ch’p, and new riffs on the Justice League and Lex Luthor.

The announcement that DC League of Super-Pets is coming to HBO Max came from the streamer’s Twitter page.

“I was working already at Warner Bros. and with DC, and I knew of the Super-Pets. I smushed those two ideas together. That’s the origin story of this perhaps origin story of our Super-Pets in our movie,” director David Stern said.

“And so from there, I knew that I wanted a bunch of pets in a Metropolis animal shelter and it made sense for there to be a dog, obviously, like Ace, and perhaps there could be a squirrel like Chip and a turtle like Merton. And so it just fit with pets that you could find in a Metropolis shelter as I was digging. I wish we could have used all of the great pets in the DC canon, there’s a lot.”

While the Super-Pets getting their own feature film may seem strange, the movie has an absolutely stacked cast providing the voices for its characters.

Dwayne “The Rock” Johnson is starring in the film as Krypto the Superdog, the canine pal of one Superman. Kevin Hart, Johnson’s friend and frequent collaborator, will be voicing Batman’s four-legged friend, Ace the Bat-Hound.

Here’s how DC Comics describes the film: “In DC League of Super-Pets, Krypto the Super-Dog and Superman are inseparable best friends, sharing the same superpowers and fighting crime in Metropolis side by side.

When Superman and the rest of the Justice League are kidnapped, Krypto must convince a rag-tag shelter pack—Ace the hound, PB the potbellied pig, Merton the turtle and Chip the squirrel—to master their own newfound powers and help him rescue the Super Heroes.” 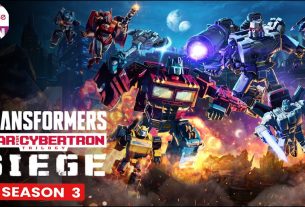 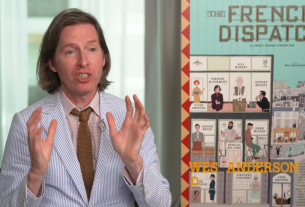 “The French Dispatch” releases the production special, the main creators talk about the creative process