A late but late, “Crazy Rich Asians” spinoff is here, spotlighting Astrid Young Teo and Charlie Wu played by Gemma Chan and Harry Shum Jr. The project is in early development at Warners, with Jason Kim writing the script.

In addition, the “Crazy Rich Asians” sequel is also in the works, written by Amy Wang, and the sequel and spin-off will be related to “China Rich Girlfriend”, the second part of the original trilogy.

In the book, Charlie is Astrid’s first love. The two were engaged, but the woman’s parents broke up because they thought he was not a suitable husband.

In the movie, Astrid gets divorced after discovering her husband Michael is cheating, and she reunites with Charlie at Nick and Rachel’s engagement party. 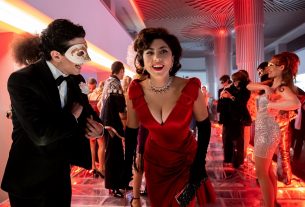