“Decision To Leave” is slated for a theatrical release in the UK and the US this fall, before streaming on Mubi.

Related Post: “Decision To Leave” revealed the teaser trailer, it is scheduled to be released in South Korea on June 29.

The film will debut in this year’s Cannes Film Festival main competition unit. 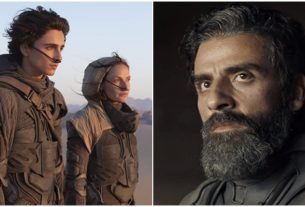 “Dune” The Rotten Tomatoes 85%, this year’s most anticipated sci-fi masterpiece lives up to expectations