Directed by Darren Aronofsky and starring Brendan Fraser, ‘The Whale‎’ premiered to rave reviews at the Venice International Film Festival.

During a six-minute ovation after the screening, Brendan Fraser gave a tearful thank you. In a later interview, he said, “I look different than I did in ‘George of the Jungle’. I’ve been exploring as many roles as possible, and ‘The Whale’ was the biggest challenge for me.”

‘The Whale‎’ tells the story of Charlie, who weighs six hundred pounds and lives in seclusion to avoid the world, stubbornly and determinedly trying to eat himself to death. The film will be released in Northern America on December 9. 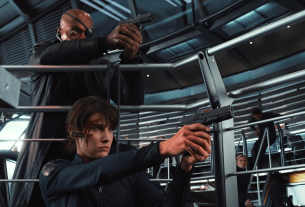